Going Down to Liverpool by The Bangles 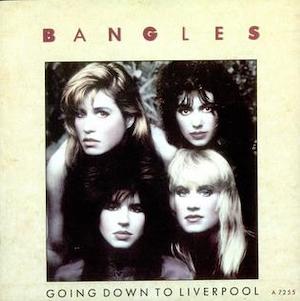 The Bangles are a super talented band with songs inspired by the British Invasion sound from bands like the Beatles, Stones, and Kinks.
The video includes Leonard Nimoy, who, I believe was a friend of Susanna Hoff’s mother.
The song (which was written by Katrina and the Waves) includes a reference to a “UB40”, which is an unemployment form in the UK. (Not a reference to a record by the band UB40, per my sources.)