Spirit In The Sky by Norman Greenbaum 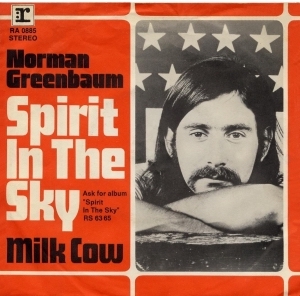 As a kid, I was confused why a guy with a very Jewish-sounding name was singing about Jesus.
The truth is that Norman Joel Greenbaum was raised in an Orthodox Jewish household and attended Hebrew school. He was inspired to write a gospel song after seeing one sung on TV.
Greenbaum has been quoted as saying “I’ve gotten letters from funeral directors telling me it is their second-most-requested song to play at memorial services, next to `Danny Boy`.”