What’s Going On by Marvin Gaye 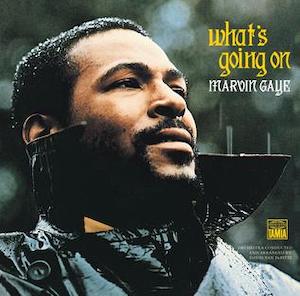 Released 50 years ago, this song has local roots for me.
Per Wikipedia, the song’s inspiration came from Renaldo “Obie” Benson, a member of the Motown vocal group the Four Tops, after he and the group’s tour bus arrived at Berkeley on May 15, 1969. While there, Benson witnessed police brutality and violence in the city’s People’s Park during a protest held by anti-war activists in what was hailed later as “Bloody Thursday”. Upset by the situation, Benson said to author Ben Edmonds that as he saw this, he asked, “‘What is happening here?’ One question led to another. Why are they sending kids so far away from their families overseas? Why are they attacking their own children in the streets?”